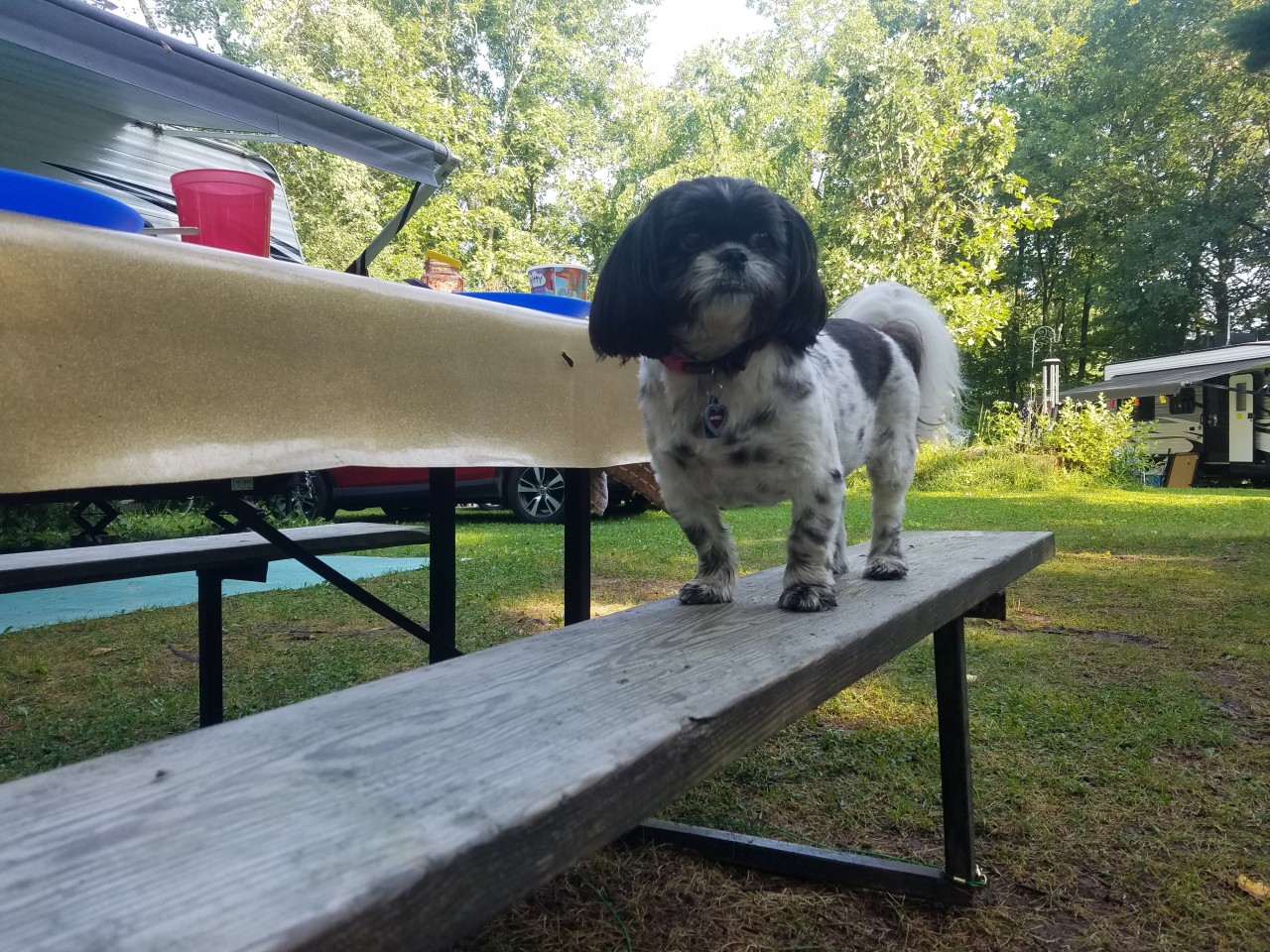 I’ve been told that dogs can be unpredictable, and that’s probably true. After all, I love to bark, but only at specific dogs. For example, I’m bothered by that Goldendoodle that walks past my yard and I always have to bark back when the neighbor Chihuahua yips at me. But then there are other dogs that I completely ignore. As a dog, it all makes sense to me, but it makes training difficult and confusing for my humans. I’ve noticed that other dogs have some similar habits, so I figured that I should address this issue from a dog’s perspective.

Why Do Dogs Bark at Other Dogs?

I’ll admit that I’m not the most well-behaved dog. I try to be good, but sometimes, I can’t resist barking at dogs that walk by, no matter how much I’m told not to. Barking is just so exhilarating for dogs because it’s part of our instincts. Oftentimes, we don’t understand why humans are against it.

Most of the time, dogs bark at other dogs because they’re excited or territorial. Some dogs just want to play with every dog they see, so they might just bark out of excitement. However, for me, it’s more of a protective bark. Dogs sometimes feel protective over their home and loved ones, so they might bark if they feel like another dog is getting too close to their territory. It’s likely the reason your dog barks when another dog marks their territory on your yard.

Regardless of the reason, teaching a dog not to bark is tricky. Molly has recently been trying to fix my barking habits now that we’re settled into our new home, but I’m a stubborn dog. By now, I understand what ‘quiet’ means, but barking is so important to me! I imagine other dogs feel the same way, but we can still be trained. Just keep being consistent with your dog and be patient. Otherwise, giving up will only make your dog think they’re in charge.

How Do Dogs Decide Which Dogs to Bark at?

Some dogs only bark at certain dogs. For example, Taco and I will go insane when we see certain dogs cross our paths, but other times, we walk right past dogs without a second thought. This confuses our humans, and I know many other dog parents are confused by these types of behaviors too. There are a few reasons as to why this might be.

If they only bark at certain types of dogs, such as a certain breed, size, or color, then it could be related to trauma. With their previous family, they might’ve had a scary encounter with a dog that looked similar. Therefore, their first instinct is to bark at any dogs that remind them of that scary experience.

Sometimes, it can be related to prey drive too. Oftentimes, when big dogs see little dogs, they might bark, thinking that the dog is a critter they can chase. Also, small dogs might bark when they see a dog running in the distance. Dogs usually have a strong desire to chase things, so a dog running might cause your dog to act out. I’ve noticed that Taco is more likely to bark or growl if he sees a dog running, so it could be a prey drive situation.

Dogs can also bark at dogs they feel threatened by. Unlike humans, we most commonly communicate using body language instead of words, so if a dog has a posture or expression that’s threatening to us, we might bark out of nowhere. These body cues could be too small for humans to see or they could even be us dogs just imagining things, but to us, it feels very scary. We want to protect ourselves and our loved ones, so we will bark at any dogs that feel threatening to us, no matter how friendly those dogs actually are.

To us, some dogs just seem more threatening than others. So, pay attention to which dogs your dog barks at. It might help you figure out the reason for their barking, making it easier to solve the problem.

How to Help Your Dog Get Used to Other Dogs

Some dogs will never learn to love other dogs, and that’s okay. But it’s important for you to take baby steps to help them at least remain calm and listen to you when other dogs are around. Molly is still working on helping Taco and I get used to all other dogs, but we’ve made some progress in the past few months. If you have any suggestions that I don’t mention in this article, please let us know though!

If your dog barks at other dogs frequently, it’s best for you to take control of them. This means that if a dog is walking toward you and your dog, you should take a different path to keep your dog quiet and the other dog safe. Lots of bad things can happen if two dogs get into a fight, so it’s best to control your dog as much as possible. Accidents can always happen, but please take control of your own dog whenever you’re out in public.

When you’re ready to start getting your dog used to other dogs, you should take it slow. Use positive reinforcement training to help them feel more comfortable. Molly usually keeps several treats in her pocket at all times so she can reward us when we behave nicely around other dogs. Using commands like ‘quiet’ and positive words like ‘good’ can help us understand. We might not always be willing to listen, but treats are always a good incentive to behave.

If your dog will be spending a lot of time around another dog, such as if you are dog-sitting or fostering, you should find a way to slowly introduce the dogs. Find a neutral place for them to meet that’s not either of the dogs’ “territory.” Allow them to sniff each other and reward your dog whenever they refrain from barking or growling. This can hopefully help your dog make a new friend. The more dogs you introduce them to, the more open to meeting new dogs they’ll likely be.

Some dogs might never be social enough to visit a dog park or have playdates, but it’s the little steps that can help make a huge difference. Other humans might not notice our progress, but our own humans definitely do. I know I embarrass Molly when I act out, but she knows that I’m slightly better behaved after each and every training session, and that’s something. So, hopefully I’ll only continue to improve from there!

Again, if you have any suggestions for a “barky” or “aggressive” dog, feel free to comment about it. Many dog parents learn from experience, so it’s great to hear what has helped other humans when training their dogs. Always be kind to humans who are having a hard time training their dog and offer advice as needed. Instead of telling them they’re wrong or telling them how to handle their dogs, be kind and offer support because that’s the best way to get things done.

One thought on “Why Does My Dog Bark at Some Dogs, But Ignore Others?”