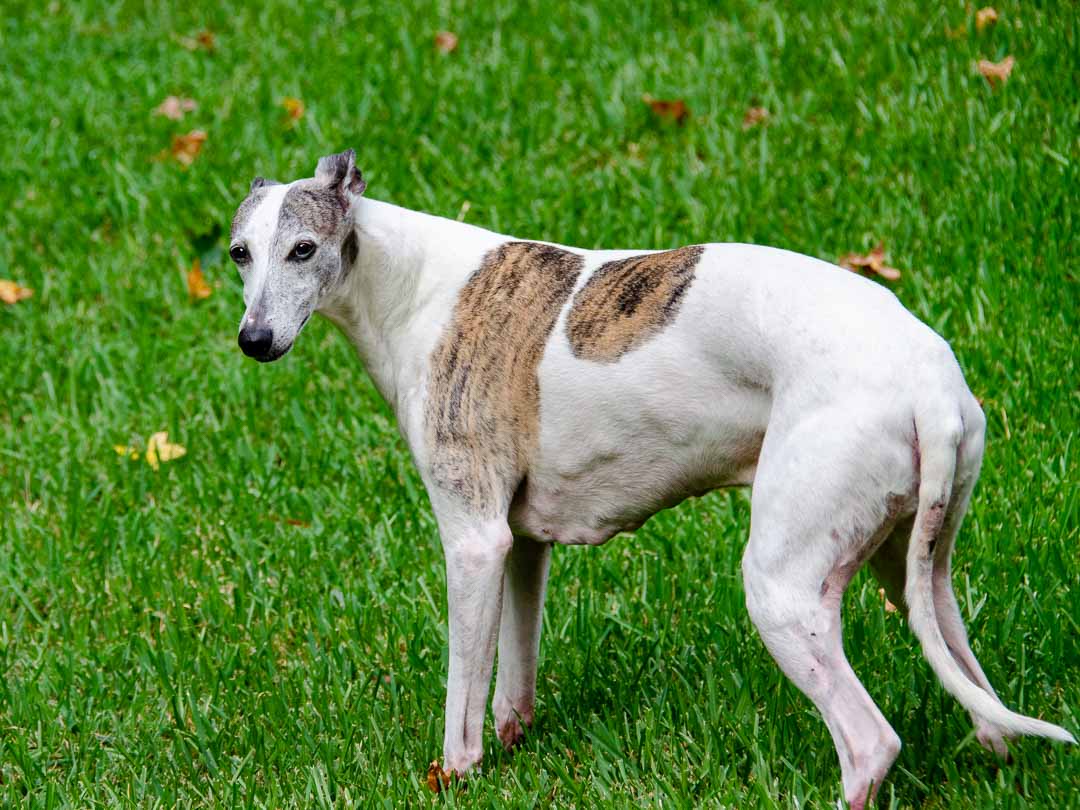 Hi, my name is Zephyr! I was rescued so I could be a companion for my younger brother, Milo. Since then, my parents have also gotten a third dog named Luke. All three of us are Whippets and we’re all very grateful that we found such a loving home!

My parents thought that having an older dog around would be great for Milo since he was just a puppy. So, they contacted a Whippet rescue organization and that’s how they found me! They were told that I was 5 years old, which they thought was the perfect age for their family.

When they brought me home, I was a bit hesitant about my new surroundings. Milo had so much energy, but I just wanted to sleep! It was a lot to process at first.

My parents later found out that I was 9 instead of 5, which was much older than they had expected. It explained my desire to rest though. However, even though I didn’t have as much energy as they’d hoped, I still made a great older brother for Milo.

Before I was adopted, Milo didn’t really like to explore much. Once he met me though, he happily followed me around and even became less anxious. He would follow me upstairs, which is something that he would never do before he met me! I am so grateful that I have been a good influence for him.

My family doesn’t know everything about my history, but they know I must have been in some bad situations in the past. Other than Milo, I’m not a fan of other dogs. I also don’t like being handled too much. I even snapped at my mom when she tried to grab my legs. I’m not trying to be mean, people just weren’t always nice to me in the past. I love my family though and I would never purposely try to hurt them.

This is at least my fourth home so far, and I’m happy to say that it’s my forever home. I have had a different life so far, but I am grateful that I finally found a loving family to care for me.

My mom loves dogs so much that she even writes her own blog about dogs. Click here to check it out!

There are so many great stories of dogs being rescued. So, if you have a rescue dog with a story to share, please visit Mabel’s contact page!